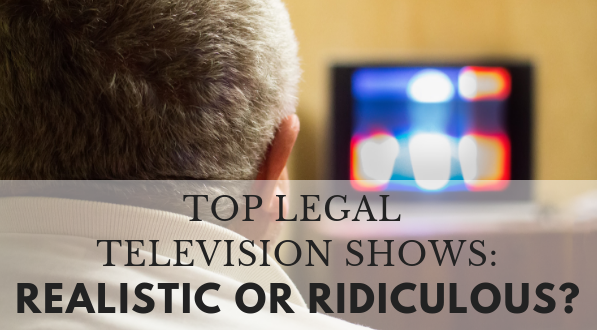 For those who love watching television, there’s no shortage of binge-worthy legal dramas out there right now. Hollywood seems to produce one hit after another, and there’s something about a cast of characters centered around jury trials and court depositions that captivates audiences. Is it the drama? The suspense? The pure ridiculousness?

As a professional in the legal industry, you probably critique every legal drama you watch. “That would never happen,” you say as you roll your eyes. Sometimes, however, you may watch a show that’s more realistic than ridiculous, and it may even give you ideas for your next trial.

Top Legal Dramas & Their Use of Expert Witnesses

Right off the bat, the premise of this show is a bit far-fetched. One of the main characters, Mike Ross, never graduated law school but is able to pull off winning an associate position at a law firm, and keeping the secret that he isn’t licensed to practice law.

The show has also been described by critics as “overly wordy” and at times almost feels like a soap opera. In the real world, expert witnesses are encouraged to be straight-forward and reduce complicated jargon as much as possible. Expert testimonies that are overly wordy are rarely effective and convincing.

How to Get Away with Murder

Starring Viola Davis acting as a law professor with her own firm who becomes entangled in a murder plot, this legal drama features some type of courtroom trial in almost every episode. The show depicts the strategy behind the work of a defense attorney not just in the courtroom but leading up to a trial.

In Season 1 alone, it featured strategy behind jury selection, expert witness selection, and the approach defense attorneys must take to undermine the credibility of the prosecution’s witnesses. Davis’s questioning of witnesses and well as her opening and closing statements during trial are succinct, purposeful, and impactful – which explains why she wins so many of her cases.

Can you believe Law & Order has been on television for 20 seasons? There’s something to love about this series that has more than 450 episodes. After all, the motivation behind its creation was to show the process from police procedural to prosecution “with a greater degree of realism”.

We agree that the legal components of this drama are usually realistic. It shows a wide variety of what goes into a trial from the prosecution’s point of view. This includes trial preparation (legal research, plea negotiations), testimony of witnesses, motion hearings, jury selection, and even motions to suppress evidence. However many episodes use outlandish defense scenarios like diminished responsibility and moral/ethical debates.

While no longer on the air, The Good Wife has received rave reviews from actual lawyers and legal professionals for its realism. Much of the realism comes from the script – main character Alicia Florrick often approaches conversations and situations the way actual lawyers do.

You’ll often hear her say things like “OK, we’re in the situation we’re in, so what do we do about it?” Attorneys often approach new cases with this mindset, examining all of the facts and figuring out the best strategy moving forward. Yes, this show is a drama and has dramatic elements, but many of the stories have a relatable, human element that depicts the lawyers as just that – humans.

Legal dramas and television shows are great for entertainment, and they can even teach us a thing or two about the legal industry and techniques for in and out of the courtroom. But there’s nothing quite like a real courtroom featuring educated, charismatic lawyers using expert witnesses as a part of their overarching strategy.

You can trust Saponaro, Inc. for professional and objective expert testimony. We thoroughly screen your case with our expert witnesses to obtain the best available match. We have thousands of experts available to assist you with your case. Find one today.