The Truth Behind These 4 Medical Malpractice Myths 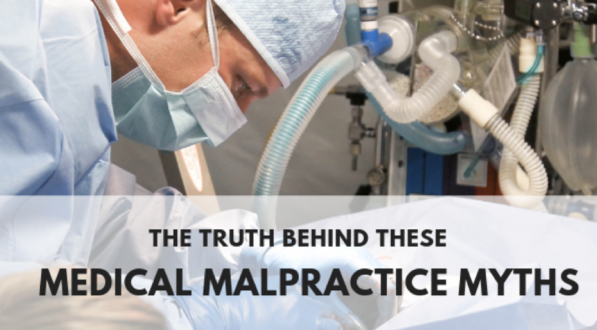 The average person may think because medical errors happen so frequently, that medical malpractice lawsuits are abundant and that these cases are clogging up the courts. But these are just two in a long list of medical malpractice myths that need to be cleared up.

No. The main reason doctors and other health professionals fail to report medical errors is they don’t recognize certain instances are causing the patient harm. That’s right — they don’t realize certain events should be reported.

Maybe the person assumed someone else would report the episode. Or they thought it happened so frequently that it did not need to be reported. Some people even think because it’s unlikely to happen again, they don’t need to report it. Lack of understanding, education, and enforcement are the reasons for failing to report medical errors.

Other studies have estimated that as few as 2 to 3 percent of patients pursue litigation. This goes to show that the vast majority of medical errors causing patient harm never result in a lawsuit.

For example, one study found that 28 states have doctors who have been warned, yet have been allowed to practice unrestricted.

Other research shows that 90 percent of cases are settled without jury trial, with some estimates indicating that the figure is as high as 97 percent.

Customarily, if the insurance company and lawyers can conclude that the medical provider was negligent, the case is settled prior to reaching a jury. The threat of a jury trial is often what encourages parties to settle, since jury trials are costly and time-consuming.

No matter the type of medical malpractice case you are pursuing, you can trust Saponaro, Inc. for professional and objective expert witnesses. We’re here to help keep the process as streamlined as possible. We offer:

You can find a consulting or testifying expert witness you need to strengthen your medical malpractice case. We have thousands of experts standing by to assist you. Find one today.